David Limbaugh » On a Collision Course with National Disaster

On a Collision Course with National Disaster

If I were leading President Joe Biden’s central committee and my goal were to destroy America as founded and ensure that it lose its distinction as the world’s freest and most powerful nation, I doubt I could concoct a superior strategy than adopting the Biden administration’s message and policy agenda. 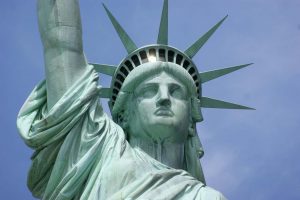 The administration is creating total societal chaos, fomenting disorder and undermining the rule of law at every turn. As the first duty of government is to protect and defend its citizens, we might be alarmed to consider that the administration is engaged in a multi-pronged strategy to do the opposite. It is shrinking our military, which defends against foreign threats. It is at war with law enforcement, which ensures domestic tranquility, and it is destroying our southern border. It is systematically destroying our liberty and prosperity.

Could there be a better formula for societal and national destruction? Most of these matters are not debatable.

Yes, we are emasculating our military at warp speed and converting it into a playground for social experiments and racial disharmony, just when China is hellbent on world domination and aggressively expanding its military and technological budgets and flexing its muscles around the globe. Never mind the militant designs of Russia and Iran, to name a few, and disregard that other freedom-friendly nations are hardly in a position to pick up the slack.

While our Democrat-controlled cities are descending into craven crime centers, much of the Democratic Party is doubling down on the police-bashing-and-defunding policies that created this anarchy. Their inflammatory racial rhetoric is obliterating race relations in the cities and harming most the people they pretend to protect. Almost laughably, their leaders are now pretending they aren’t the ones who clamored for defunding, exposing themselves as liars and revealing they now realize how utterly ludicrous their policies have been.

In deliberately erasing our southern border, we are making a mockery of our sovereignty and national security and gutting what once might have been considered the unique American culture — a culture, by the way, that respected God and promoted individual liberty, personal responsibility and human dignity, irrespective of race.

While our border is a now a Biden-charged magnet for the infusion of millions of illegal aliens, Biden and Vice President Kamala Harris brazenly attempt to blame it on former President Donald Trump and daftly suggest we explore “root causes” for the mass migration, as if we don’t know the exact, direct and proximate cause of this disaster and as if we can solve this by throwing money at liberty-deprived and corrupt nations. Does anyone really believe the reckless nonsense our pseudo-leaders are mouthing? Have they no shame, self-awareness or capacity for embarrassment?

We are spending federal money as if there were no tomorrow — and, incidentally, thereby ensuring that there might not be. Indeed, while our national debt is hyper-stratospheric, these White House lunatics are determined to make it higher, permanently, all under the fraudulent auspices of racial justice and equity.

This Democratic Party doesn’t even aspire to reduce spending. Having ingested the sweet narcotic of endless government spending, they continue behaving as if they really believe we’ll never have to experience the consequences of our profligacy. We already are seeing alarming inflation across the board as a direct result of this madness. But our self-important clowns cavalierly dismiss these concerns, proudly believing they can fool reality by artificially tinkering with interest rates from their ivory towers.

While gas prices are soaring because of Biden’s war on domestic energy and quixotic pursuit of environmental utopia, he and his handlers are doubling down here, too — with the unconcealed aim of destroying our only realistic, reliable and affordable sources of energy.

Our ruling class is behaving as a group of adolescent children whose parents are on permanent vacation and left them their checkbook along with the keys to the car and liquor cabinet. Where are the adults?

On top of all this, while patriotic Olympians gratefully honor the flag, a leftist activist one spits on it — as the cowardly (or unpatriotic) Biden administration stays silent about this disgrace, just like it stays silent as Israel-and-America-hating Rep. Ilhan Omar retracts her retraction of her latest antisemitic slur.

Honestly, I can barely stand to watch the unfolding horror show, which gets more chilling with every real-life scene. But I can’t change the channel, nor can you. As a once self-ruling people, we are effectively impotent, at least in the short term, to alter our collision course with Dante’s Ninth Circle of Hell.

I know I’m not the only one who feels this way and who is seeing this nightmare with eyes wide open. In fact, I’d bet that most Americans sense something is drastically wrong and that this nation is rapidly slipping away right before our eyes as we squander the legacy of liberty bequeathed to us by preceding generations of patriots who toiled and bled to secure and preserve for themselves and us the things that we once knew matter most.