Just when you think racial agitators can’t get more outrageous and ridiculous, they do. We see fruits of this evil obsession every single day. 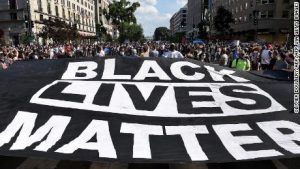 Throughout the pandemic, the media preached that historical racism in the United States disproportionately impacted African Americans. Hollywood bombards us with race-shaming on show after show, using fictional characters to lecture us on the pervasiveness of white supremacy, stirring racial resentment and division in the name of healing.

Emory University tax law professor Dorothy A. Brown has just released her book, “The Whiteness of Wealth: How the Tax System Impoverishes Black Americans — and How We Can Fix It,” in which she alleges that the nation’s tax system, along with other American institutions, is rigged against African Americans. She advocates massive wealth redistribution as one solution. She is also encouraging President Biden’s administration to exploit racial arguments to change the tax code.

Chicago Mayor Lori Lightfoot announced that she will grant individual interviews only to journalists of color. She slammed the media for not sufficiently addressing “institutionalized racism” in their organizations, noting that her decision was part of her lifelong battle to fight for diversity and inclusion. She’s evidently oblivious to the self-contradiction of her position.

“I have been struck since my first day on the campaign trail back in 2018 by the overwhelming whiteness and maleness of Chicago media outlets, editorial boards, the political press corps, and yes, the City Hall press corps specifically,” said Lightfoot. One wonders how Lightfoot and other modern race baiters could stray further from Martin Luther King’s vision of a colorblind society.

Perhaps the most disturbing movement underway in the left’s crusade to divide us along racial lines is the notorious 1619 Project hatched by activist Nikole Hannah-Jones and writers from The New York Times and The New York Times Magazine. With the stated goals of promoting justice and harmony, this initiative distorts history by demonizing America’s founding and founding documents. It claims that America’s real founding occurred in 1619 with the first documented arrival of enslaved Americans to the colony of Virginia, not in 1776, and that the American Revolution was fought to protect slavery. American Revolution historian Gordon Wood says he is unaware “of any colonist who said that they wanted independence in order to preserve their slaves.”

America’s most prestigious colleges and universities are indoctrinating their students with this poison, insisting that America is systemically racist and fundamentally white supremacist and requires sweeping structural reform. This toxic propaganda is also being pushed into parts of America’s middle school and high school curricula.

“The overriding lesson” of the project, says The Heritage Foundation’s Arthur Milikh, is that “young people must learn to despise their nation — its Constitution, ideals, economic system, and its Founders. They must resent and reject their past; possess an aggressive, contemptuous, and disobedient attitude toward the present; and strive forcefully to create a triumphant future where the enemies of old are punished, and the innocent finally rule.”

The 1619 Project is closely related to the academic movement known as critical race theory, which began among outlying academics in the 1970s but has now insinuated itself into the mainstream of academic and cultural thought. One of its central premises is that white supremacy is prevalent in America and maintains power through our systemically racist legal system.

The ever-growing acceptance of this insanity is evidenced by its presence in America’s military institutions and the seeming powerlessness of those courageously opposing it. Lt. Col. Matthew Lohmeier, commander of the 11th Space Warning Squadron at the Buckley Air Force Base in Colorado, was relieved from duty because of a “loss of trust and confidence in his ability to lead.” Actually, it was because he criticized critical race theory in a public podcast, saying it is very dangerous to our military.

Lohmeier pulled no punches in his comments or in his book, “Irresistible Revolution: Marxism’s Goal of Conquest & the Unmaking of the American Military.” “Our diversity, inclusion and equity industry and the trainings we’re receiving in the military … are rooted in critical race theory, which is rooted in Marxism,” Lohmeier said.

This bold whistleblower, instead of being praised and rewarded for his candor, was punished and silenced. Lohmeier’s firing was ostensibly based on his injection of politics into his job, but he was merely speaking truth. Only in the left’s world could criticism of the looming presence of Marxism in the institution dedicated to protecting and defending our national security be considered controversial or political. Punishing Lohmeier for his comments also gives aid and comfort to communist China and other American enemies, which consistently disparage the United States as a racist and civil rights-abusing nation.

Don’t be fooled by the left’s excuses. Leftists will allow no opposition to their extremist positions. Their venomous narrative about our founding is distinctly anti-American and hostile to America’s interests and thus wholly inappropriate and dangerous for the military, which should be focused on defending us, not serving as a laboratory for the left’s pernicious social experiments.

Major kudos to Lt. Col. Lohmeier for speaking out even at the expense of his own interests. That is true patriotism and a model for the rest of us, who must stand up against this concerted effort to undermine America’s greatness, cohesiveness and racial relations.