No matter how mentally diminished President Joe Biden is, you have to be horrified by who waits in the wings should he leave office before the expiration of his term. 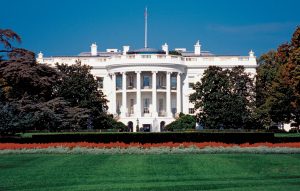 Unfortunately, one of the many consequences of Biden’s mental decline is an impairment of judgment that manifests itself in such reckless decisions as putting Vice President Kamala Harris in charge of the border. It is like making a colicky infant the goalie of a professional hockey team. If Biden were more alert, I would suspect it was his way of seeking revenge against Harris and those who foisted her on to his presidential ticket.

Harris has neither a clue nor a rudder on this critically important issue, which by any fair measure, now must be considered a crisis. She is a dedicated progressive, and progressives are flagrantly open borders-oriented. But even more, she is a political opportunist and will say anything to salvage her hemorrhaging reputation.

Thus, after all the root-causes rhetoric and the castigation of anyone who properly advocates even a modest level of border enforcement, she told migrants during a press conference Monday, “Don’t come here.” “As one of our priorities, we will discourage illegal migration,” she said. “And I believe if you come to our border, you will be turned back. Do not come. Do not come,” she continued. “The United States will continue to enforce our laws and secure our border.”

Perhaps we should be grateful for the whiplash if it means we’ll begin to see a saner border policy, but how can we possibly rely on the White House to enforce the border when it’s signaled in every imaginable way that it is ideologically opposed to protecting our sovereignty?

She might have thought she was buying herself time against growing public concern over the border, but by mouthing those words, she placed herself directly in the path of the leftist mobs who control her party’s power center. Following her comments, the reliably bizarre Rep. Alexandria Ocasio-Cortez said it was “disappointing to see.” “First, seeking asylum at any US border is a 100% legal method of arrival,” she tweeted. “Second, the US spent decades contributing to regime change and destabilization in Latin America. We can’t help set someone’s house on fire and then blame them for fleeing.” Who needs foreign enemies when domestic malcontents are in the highest levels of office here doing their bidding?

As much grief as Harris unwittingly brought on herself with her comments, she wasn’t finished sabotaging herself. After the inevitable savaging that ensued, she feebly tried to talk her way out of her problems in an NBC News interview on Tuesday with Lester Holt, who asked her if she had plans to visit the border.

It was amusing to watch White House Press Secretary Jen Psaki scramble to rehabilitate Harris from her epic blunder. “What the vice president was simply conveying was that there’s more to be done, that we don’t have these systems in place yet. It’s still a dangerous journey as we’ve said many times from here and from many forums before. And we need more time to get the work done to ensure that asylum processing is where it should be.” Translation: “What Harris meant was that migrants should cooperate with the Biden administration long enough to allow us to manage this public relations disaster over our bungling of the border, and once enough time has passed, we’ll provide not only airplanes to transport illegals to sanctuary locations in the United States but free limo rides as well.”

Harris now views demands that she visit the border as “political games” because her real job is to address the root causes of migration. That’s rich coming from the second highest in command of a party that made a cottage industry of exploiting photo ops at the border during the Trump administration. As for root causes, she could save herself a lot of time by confessing that she and Biden invited this disaster by sending an unmistakable message that their administration would not enforce the southern border.

Poverty and tyranny and their consequences in Central America’s Northern Triangle are not the root causes of the current flooding of our borders, but they are among the root causes of why so many people there and elsewhere around the world would love to come to America. So maybe the best course for this leftist administration is to keep implementing policies that will lead America into socialism, bankruptcy, chaos and tyranny, thereby discouraging migrants from choosing to come here. I say this tongue in cheek, but not entirely.

But Harris’ focus on root causes is problematic beyond just being wrongheaded and counterproductive. It inspires her to advocate the ubiquitous Democrat solution for all problems: Throw money at it. In addition to other federal aid to these poor countries, she wants U.S. taxpayers to donate $130 million to labor movement efforts in Mexico. Even if this weren’t just a cynical sop to labor unions everywhere, the very idea that we can bring entire nations out of poverty by throwing fish at them instead of teaching them to fish is painfully delusional.

I agree with Harris about one thing. Her physically going to the border will solve nothing, especially since she is ideologically or ethically blinded to the real causes of this crisis. One can only hope that enough Americans are catching on to this miserable display of incompetence at every corner of the White House to make a difference in the midterm elections.